Work submitted to the Journal goes through double-blind system for peer-review. PEGEGOG accepts online submissions through www.pegegog.net. This site will guide authors stepwise through the submission process. All communication during submission process is done via e-mails and web site. We recommend you to check your junk mail during this process in case these e-mails are regarded as spam by your account. Submissions done using other means will not be considered for publication. To contact us, use [email protected].

You have to upload two file:

This should include the title, authors' names, affiliations, acknowledgements and any Declaration of Interest statement, and a complete address for the corresponding author including an e-mail address.

The main body of the paper (including the references, figures, tables and any acknowledgements) should not include any identifying information, such as the authors' names or affiliations.

PEGEGOG publishes articles in Turkish and English. Authors are requested to prepare their submission following the steps in the journal’s web site and submit the files prepared using the template. Information about authors, institutions, or organizations should not be included in the submission manuscript. Submissions should be done in a single file for both Turkish and English versions. Manuscripts from authors of other nations will be evaluated on the English version during the review process and the Turkish version will be required after acceptance.

Referencing format for both Turkish and English versions of the manuscript should be APA 6th edition. Detailed information is shown in referencing template. References New research builds on previously published work, which should always be acknowledged. Any information that isn’t ‘common knowledge’, or generated by your experiments, must be recognized with a citation; and quoted text should be within quotation marks, and include a reference. The format of citations and references varies, so you should refer to the Guide for Authors for the journal you’re submitting to.

Submission files should be sent in Ms Word 2010 and later, necessary symbols should be added using add symbol command not as pictures.

Table formatting is shown in the template. When referring to tables, use “Table 1/table 2, etc.” instead of using expressions such as “the table below/above, etc.”.

Figure formatting is shown in the template. When referring to figures, use “Figure 1/Graph 2, etc.” instead of using expressions such as “the figure below/above, etc.”. Pictures should be at least at 300 dpi resolution. 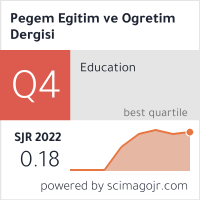